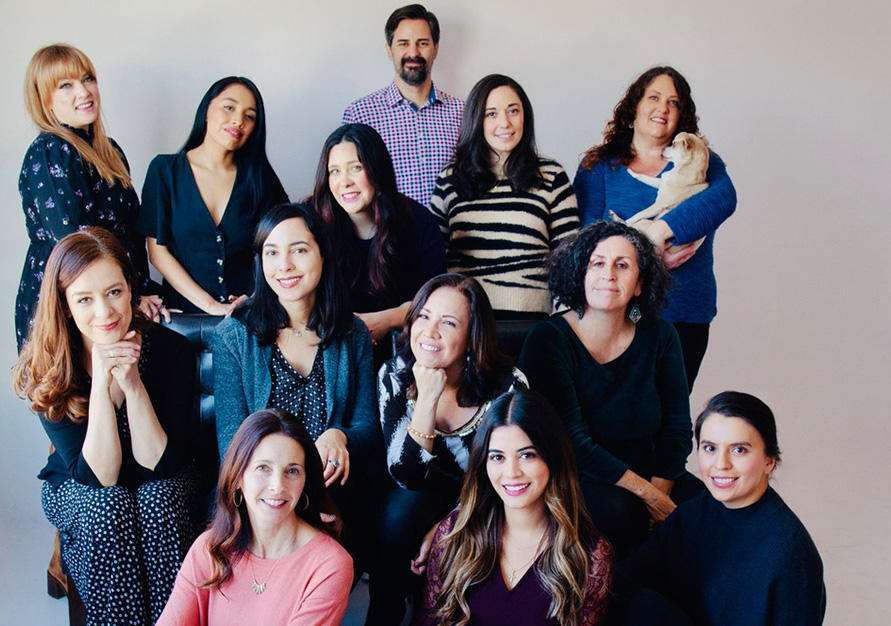 Ana Carolina Francisca Mery Letelier but you can call her “Caro” is the founder/owner of Pura Buena Onda – Conversational Spanish. Carolina was born in Chile in 1970 and in the late ‘70s, her parents decided to move to the US and settled near Philadelphia. When Carolina was 23 she moved to San Diego and started working in the hospitality industry. After making a decision to leave the industry 12 years later, Carolina was having a difficult time finding another industry she was truly passionate about.

A friend suggested she open a business, which had never occurred to her, but she decided why not? She offered several different services, including Spanish classes. “I never really thought of it as a skill or as something I wanted to do,” Carolina says. Then something beautiful happened…she fell in love with teaching Spanish! At first, she used traditional methods, books, teaching verb conjugations, vocabulary, reading/writing, etc. Within 2 months she realized that what the students really wanted was to be able to communicate in Spanish.

Carolina started offering private Spanish classes in people’s homes in 2006. And a few months later she decided to offer a small-group Spanish conversation class to intermediate level students, in her home. The class was such a hit, that she opened a second one the same month. The following month she offered another one which also sold out and realized that she needed an office. In 2007 Carolina rented a tiny space on 4th and Brookes in Hillcrest and Pura Buena Onda was created! Carolina worked out of that office until 2009 and realized she needed more space. In 2010 Pura Buena Onda moved to North Park where they currently reside and went from 12 classes to about 80 classes per week.

“One way or another, we will get through this”

Today, Pura Buena Onda is the perfect combination of her passions, which are teaching, learning new things, meeting & getting to know interesting people, and providing outstanding service! Due to the current times, Carolina had to shift how Pura Buena operates. Caro says “We have had to temporarily shift from meeting face to face to conducting all of our classes online, but we are thankful that we were already offering online classes before the pandemic and that we have this option moving forward. Our school was hit pretty hard, but I really feel for all of the businesses that have had to close 100%. Luckily North Park is a special community and we all want to support each other. One way or another, we will get through this.”

Pura Buena Onda currently has 6 teachers from Mexico, 2 teachers from Colombia, 2 teachers from Spain, a teacher from Argentina, herself from Chile, plus an admin team of 3 exceptional women. Carolina says “I am incredibly lucky to say that we have the best team ever!”

What’s the difference between immersion conversation learning and textbook learning?

Once you get out there and start speaking and listening to Spanish, your vocabulary, grammar & pronunciation will automatically start to improve and the best part if that you will actually be able to communicate with other humans about relevant subjects!

Who would you say is your ideal candidate for your classes?

What made you decide to start Pura Buena Onda?

Do you offer private classes?

How many students are in one class?

As you walk around North Park this Saturday don't

Who's ready for a 2 Day Party at Vinyl Junkies for

Happy Holidays North Park! We wish you all the bes

8 places to shop local in North Park, ca this Satu

GIVEAWAY TIME!! Enter below for your chance to win

Bottle Craft North Park can’t help you with your

GIVEAWAY TIME!! Enter below for your chance to win

THIS WEEKEND!! Make sure you swing by visual art s